The Victoria Falls Steam Train Company briefed us on creating a logo which would depict the luxury, elegance and old-world romance of colonial steam train travel, with a modern twist.

The Royal Crown heading the logo represents the luxury and elegance of a fi ve-star travel experience. The two fi erce lions on either side represent the power of Africa, while their protruding tongues resemble bursts of smoke curling up into the air. A vintage
train fender borders a circle bearing a colonial typeface reading “Victoria Falls Steam Train Co”.

When viewed as a whole, the logo looks like the front view of a steam train, with the circle being the face of the train, the crown being the chimney, with addition of the fender below. 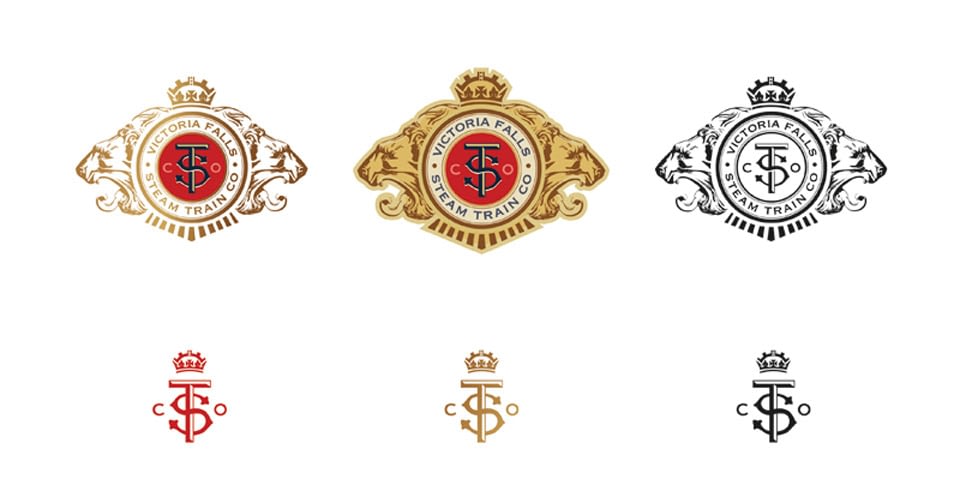 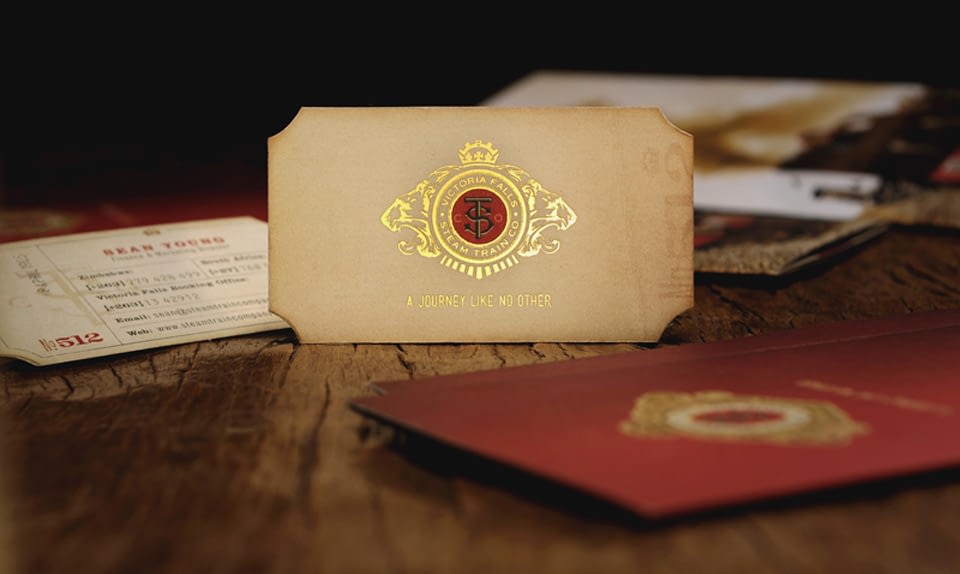